The population of Albania

The population of Albania has changed during last 30 years. This comes especially because of the changes in economic system, passing from centralized economy to an open market system, which has given its effect in births, deaths, migration, and definitely has an impact in the future of Albanian population.

It is important to know how many inhabitants currently live in the country and how many there will be in the future, so there can be better decisions regarding the construction of schools, hospitals and roads. It is also important to know how old the population is and will be in the coming years, in order to plan for pensions or health care for example. 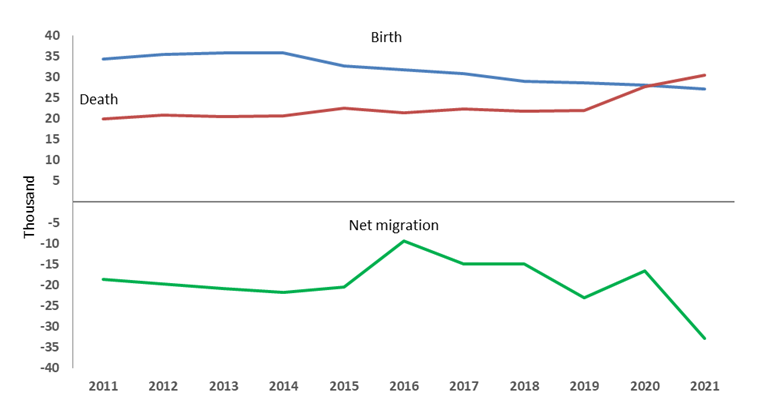 The decreasing trend continues to be present form previous years. 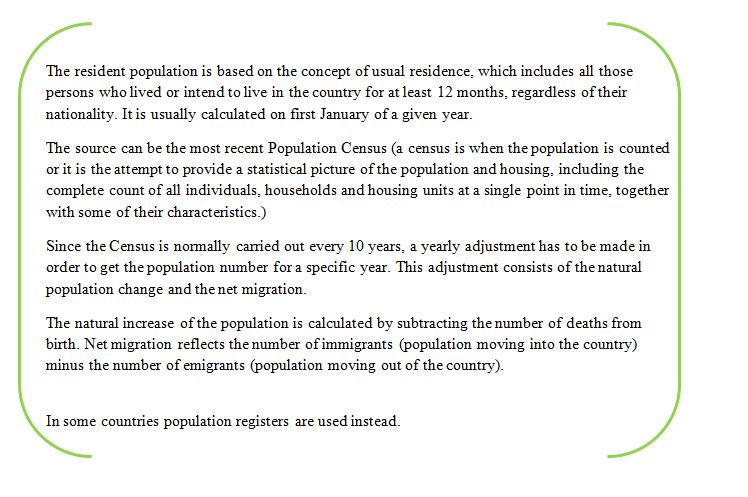 Usually, more boys are naturally being born than girls, but since men have a higher mortality there are more old women than men.

Total fertility rate (TFR) is the average number of children born alive to a woman taking into consideration current fertility rates. It tells us how many children a woman is expected to give birth during her lifetime. It is widely accepted that 2.1 children per woman is the replacement level needed for the population of a given country.

The total fertility rate has been decreasing since 2011 when it was 1.65 children per woman, to 1.32 in 2021. In figure two you can see the evolution of this important indicator and its trend.

TFR can be reflected in the number of population in the next decades and have impact, not only in decreasing the population, but more at the effects that derivate from that situations, which can be social or economic, such as: decreasing the purchasing power, increasing the old dependency ratio, putting in risk the scheme of pensions, etc.

Some of the social factors that can influence fertility rates are: cultural norms, level of education, religion, use of contraceptive methods, abortion, impact of migration, children as a source of labor (on family farms), children as support for couples at older ages, costs of raising children, etc.

Albanians live longer than before

How long is a person expected to live? This is measured through the indicator life expectancy. 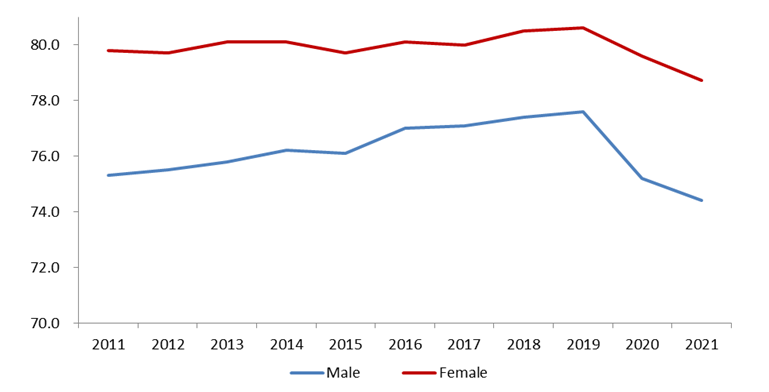 Albanian females born in 2021 are expected to live 4.3 years longer than Albanian males born in the same year.

Migration has a big influence on population

The population of Albania started to decline from 1990, as a consequence of a massive emigration. During the years 2011-2021 it is estimated that on average 42 thousand people emigrated every year and 23 thousand people immigrated every year. (Population pyramid) The main reasons for emigration have to do with better opportunities for work, education and health care.

In figure 4 we can see the fact that the population of Albania is aging. This is showed by the proportion that people over 65 year old take, compared with young people (under 15 years old) from 2011 to 2022 (population of first January)

Only the prefecture of Tiranë has marked an increase in population for 2021-2022 periods.